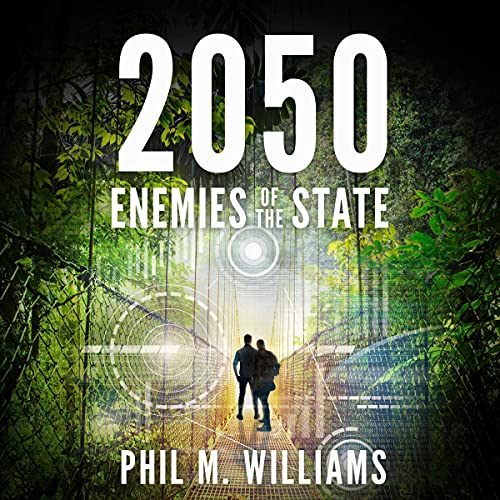 After Silver City’s stunning victory over the Panamanian National Police, free communities spread throughout the world, emboldened and no longer asking for freedom. The powers that be demand these communities be eradicated.

With Truman Bradshaw seeking revenge and his men out for blood on his behalf, Derek and Summer are no longer safe in Silver City. They move to Tortí, a small farming town in central Panama, to consult with the locals on transitioning to a stateless society. Derek and Summer are safely hidden from Truman’s men, but the couple are out of the frying pan and into the fire, as they fight the corrupt local police.

Jacob Roth relishes his new role as the head of Roth Holdings North America. With control over the media, markets, governments, and the worldwide cryptocurrency, he has more power and wealth than nearly every person on the planet. Despite his wealth and power, his marriage is failing, and his enhanced eldest son might be a psychopath. To escape his familial problems and his father’s eternal disapproval, Jacob grows closer to his robotic mistress. Maybe he can buy love.

Socialist Naomi Sutton campaigns for the US presidency against the Republican incumbent, Clayton Warner. The old Republican has a few tricks left, but Americans are hungry for change and are finally ready for a socialist government. Naomi’s poised to win the election. But with the promises she has made to get here, will it be a booby prize?