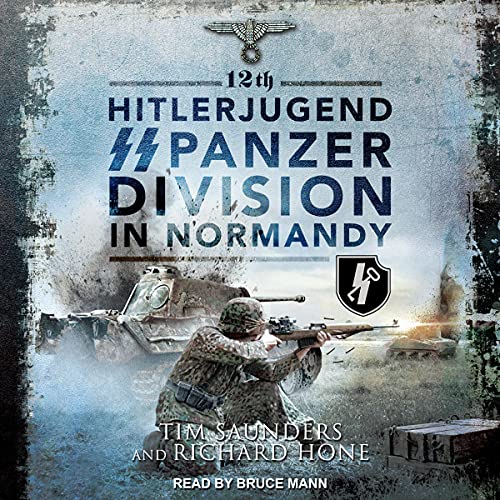 Raised in 1943 with 17-year-olds from the Hitler Youth movement, and following the twin disasters of Stalingrad and "Tunisgrad", the Hitlerjugend Panzer Division emerged as the most effective German division fighting in the West. The core of the division was a cadre of offices and NCOs provided by Hitler's bodyguard division, the elite Leibstandarte, with the aim of producing a division of "equal value" to fight alongside them in I SS Panzer Corps.

During the fighting in Normandy, the Hitlerjugend proved to be implacable foes to both the British and the Canadians, repeatedly blunting Montgomery's offensives, fighting with skill and a degree of determination well beyond the norm. This they did from D+1 through to the final battle to escape from the Falaise Pocket, despite huge disadvantages, namely constant Allied air attack, highly destructive naval gunfire, and a chronic lack of combat supplies and replacements of men and equipment.

Written with the advantage of new materials from archives in the former Eastern Bloc, this book is no whitewash of a Waffen SS division and it does not shy away from confronting unpalatable facts or controversies.