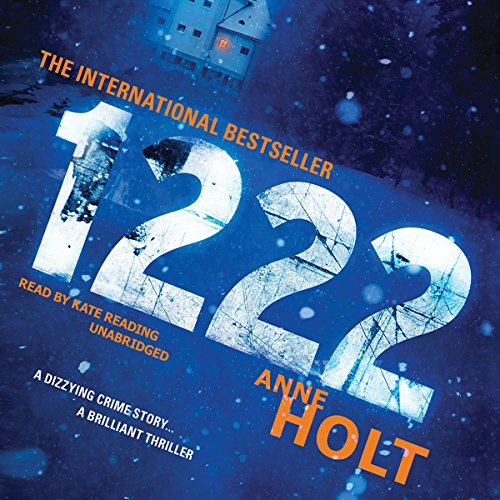 From Norway’s #1 best-selling crime writer comes a suspenseful locked-room mystery, the US debut of a new series, set in an isolated hotel where guests stranded during a monumental snowstorm begin turning up dead.

A train on its way to the northern reaches of Norway careens off the track during a massive blizzard, 1,222 meters above sea level. The passengers abandon the train for a nearby, century-old hotel that is practically empty except for the staff. With plenty of food and shelter from the storm, the passengers think they are safe - until one of them turns up dead. With no sign of rescue and the storm continuing to rage, retired police inspector Hanne Wilhelmsen is asked to investigate. Paralyzed by a bullet lodged in her spine, Hanne has no wish to return to police work. Bitter and antisocial, she is slowly coaxed back to her old habits as curiosity and a natural talent for observation compel her to take an interest in the passengers and their secrets. When another body turns up, Hanne realizes that time is running out and she must act fast before panic takes over. Trapped in her wheelchair, trapped by the storm, and now trapped with a killer, Hanne has to fit the pieces of the puzzle together before they strike again.

Anne Holt’s books have sold more than five million copies in Europe, and her books are #1 bestsellers in Sweden, Norway, Denmark, Iceland, and Finland. Now she is poised to gain a huge American following with this captivating new mystery that pays homage to Agatha Christie and her classic book, And Then There Were None.

Anne Holt has worked as a journalist and news anchor and spent two years working for the Oslo Police Department before founding her own law firm and serving as Norway’s Minister for Justice for part of 1996 and 1997. Her first book was published in 1993, and her work has been translated into 25 languages. She lives in Oslo with her family.

“Anne Holt is the godmother of modern Norwegian crime fiction.” (Jo Nesbo, New York Times best-selling author)
" 1222 is a splendidly chilly read." ( The Observer, UK)
"Anne Holt is the latest crime writer to reveal how truly dark it gets in Scandinavia.” (Val McDermid, author of Fever of the Bone)