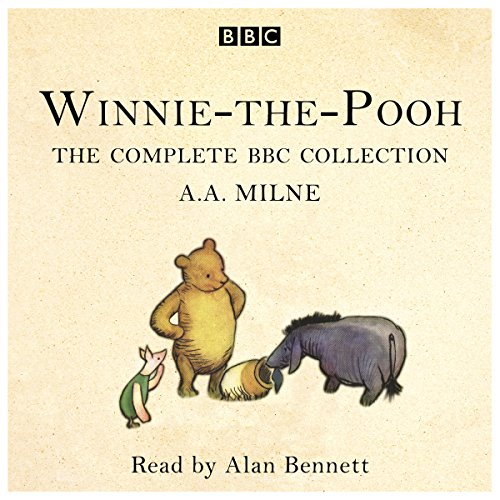 Alan Bennett reads A. A. Milne's much-loved stories about a small bear and his friends. The collection includes Winnie-the-Pooh, The House at Pooh Corner and A Party for Pooh.

What is the connection between a bear of very little brain and a honey pot? Usually it's the very sticky paw of Winnie-the-Pooh, as he takes a break between adventures for a little something. In these stories, Pooh goes visiting and gets into a tight place, Eeyore loses a tail, Piglet meets a Heffalump, Eeyore has a birthday and gets two presents, and an expedition is mounted to the North Pole! As usual they are accompanied by Kanga, Roo, Rabbit and Owl - to say nothing of Pooh's very clever young human friend, Christopher Robin. Now with a musical introduction, Alan Bennett gives A. A. Milne's characters the voices you felt they were always meant to have in this collection of stories about Winnie-the-Pooh, Piglet, Tigger, Eeyore and Owl.