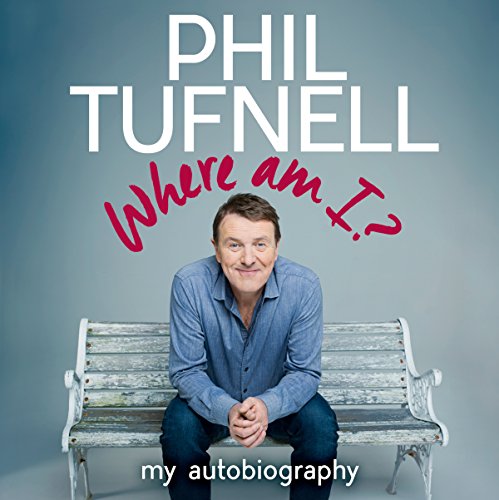 A hugely enjoyable and life-affirming memoir from the ever-popular ex-cricketer and now successful broadcaster.

When Phil Tufnell hung up his cricket boots back in 2003, little did he know the dramatic direction his professional life would take next.

Yet since being crowned "King of the Jungle" in I'm a Celebrity, Get Me Out of Here, the ex-England spin bowler has never looked back and is now a much loved television and radio presenter. Cricket's dressing-room clown is now broadcasting's joker in the pack.

Whether it's dining on kangaroo testicles on I'm a Celebrity, displaying his fleckle in the ballroom on Strictly Come Dancing, keeping a straight face while presenting a short item on the history of whistles for The One Show, causing weekly mayhem for long-suffering host Sue Barker on A Question of Sport, or simply chewing the fat about his beloved cricket on Radio 4's Test Match Special, millions and millions enjoy Tuffers' lust for life and endearing sense of humour, much of it self-deprecating.

In Where Am I? Phil gamely tries to make sense of the wonderful roller coaster he has been riding these last dozen years, delighting fans with a treasure trove of wonderful stories about the places he has been, the people he has met, the things he has been asked to do, but - most of all - the sheer enormous joy he has had doing it all.

Das sagen andere Hörer zu Where Am I?