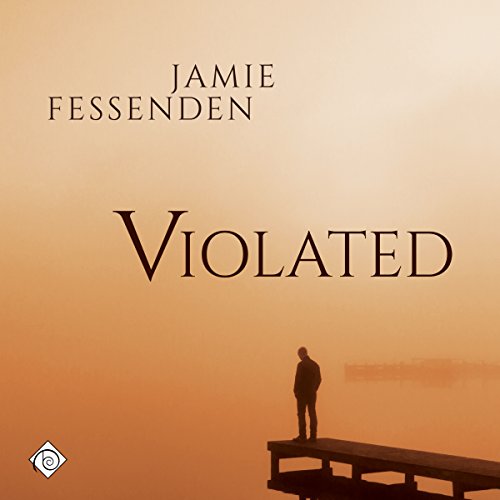 Derek Sawyer thinks he has it all - a high-salaried position, a boyfriend, a dog, even a new cabin on the lake - until a business trip with his manager and best friend, Victor, shatters his world.

One night of drunken horsing around in their hotel room leads to the most intensely personal violation Derek has ever endured. As if the humiliation of working under his attacker every day isn't enough, Victor reports Derek for sexual harassment. Now he's without a job, without a boyfriend, and the mortgage on the cabin is due.

Officer Russ Thomas has worked with rape victims before, and it doesn't take him long to sort out the truth in Derek's tale. With his support, Derek finally reports the crime, months after it happened. But restraining orders and lawyers further Victor's anger toward him, and even though a relationship develops between Derek and the policeman, Russ can't be there to protect him all the time.

A biiiiiiiiiiiiiiiiiiiig thank you to Jamie Fessenden for writing such an intense,authentic story! It is a slow and not at all an easy listening to, but it is absolutely capturing and so worth it! K.C.Kelly being the perfect choice narrating this challenging story with the two intense Main Characters!

Derek Sayer's upbringing wasn't all roses and sunshine „thanks“ to his homophobic stepfather and all the High School bullies. Seems not much has changed in his adult life with him still competing with his so-called best friend and now work superior in the „who is more manly“ department. Derek is absolutely shell shocked and petrified when his old buddy oversteps all bounderies and forces himself on him on a business trip. Next Derek's relationship crashes into tiny pieces with his already jealous boyfriend. He has nowhere to turn to, still tries his best to function while inside he is shouting in pain and with self-loathing. How could a big, muscular man like himself let this happen to him? The situation escalates further when he gets fired after his „friend“ even files a false harrassment report. Left with his old dog , lakeside cabin including a pending mortgage Derek has no real clue how to go on.

His neighbour Russ Thomas is a police officer and has dealt with victims like Derek in his line of work. He soon recognizes Derek's embarressment and pushing away mechanisms for what they really are. It is heart wrenching to follow Derek on his jounrney from total shock over absolute scared numbness, denial, panic attacks to finally fighting back instead of being overrolled by his shame.

Jamie Fessenden has done a stunningly brilliant job, writing all that down, hiding nothing of Derek's feelings before and after the attack. I really wished all assult victims could have such a calm ,understanding and supportive friend like Russ with them.

K.C.Kelly simply has outdone himself with this challenging narration. His voice talent brings Derek and his myriad of emotions so „alive“, it tugged at my heart. As did his interpretation of Russ with his calm demeanor, inner rage and deep longing to hold and protect Derek but wouldn't dare to touch the deeply wounded man.