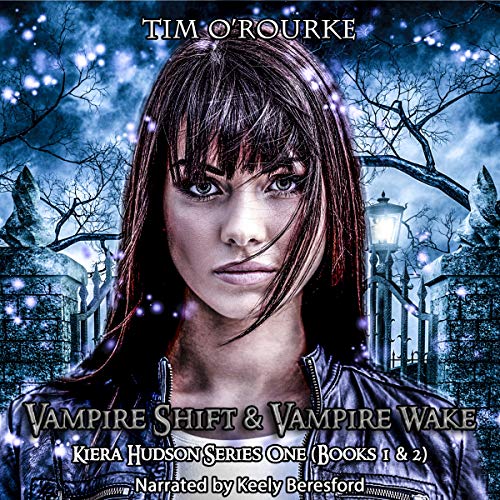 This box set includes the first two books in the #1 best-selling Kiera Hudson Series. The perfect start into the paranormal world of Kiera Hudson.

When 20-year-old police recruit Kiera Hudson is posted to the remote town of The Ragged Cove, her life is changed forever. Investigating a series of horrific murders, grave desecrations, and missing persons, Kiera uses her unique ability of seeing, and soon realizes her own life is in danger. When Kiera falls for police officer Luke Bishop, not only are her mind and heart opened to a terrifying new world, she comes to suspect that Luke might be involved in the killings. In a race against time to unearth the truth, Kiera must discover the identity of who – or what – is behind the gruesome deaths on her Vampire Shift.

Since escaping from The Ragged Cove and finding herself suspended from the force, Kiera Hudson is hired by the mysterious Lady Hunt to protect her 16-year-old daughter from a stranger she believes is lurking on the moors. But little does Kiera know that it is she who will need protecting. Arriving at the Hallowed Manor on the desolate Welsh Moors, Kiera soon realises that the vampires she has been seeing are not just the stuff of her nightmares, but are very real – and are closing in. If Kiera is to escape the vampires who hunt her, she will have to discover the true identity of the bandaged man, the secret of the children's graveyard beneath the weeping willows, and who, or what, is hiding in the “forbidden wing” of the Hallowed Manor.