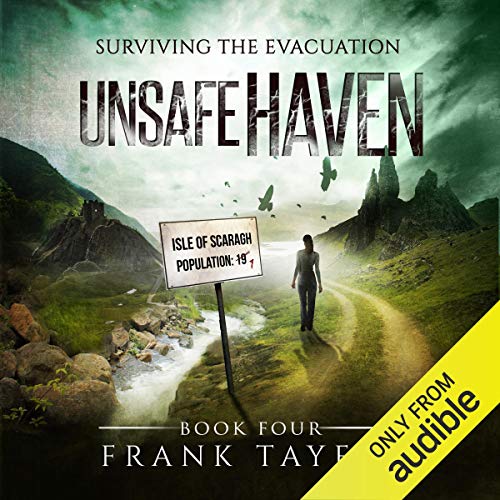 Sooner or later, you have to trust someone.

There are no reported outbreaks in the UK or Ireland. That's what the government broadcasted. Nilda didn't believe it. Not trusting the authorities, she, and her son, Jay, stay behind when Penrith is evacuated. After weeks of rationing, there is little food left in the small town and many other survivors competing for it. Choosing diplomacy over violence, she attempts to forge a community out of a disparate group. As zombies gather outside their walls, she realizes that they will have to seek sanctuary elsewhere. Nilda travels north into Scotland, but death follows, and she is forced to leave once more.

Joining with others who have survived the evacuation, she finds not all of them have the same motives. Some, like Tuck, Sebastian, and the Abbot of Brazely only want to help. Others, like Harper and Rob, only want to help themselves. Whilst Chester and the new Mayor of Anglesey have their own agenda, one at odds with Nilda's quest; to find a safe haven for her son.

Set in Northern England and Scotland, this novel returns to the beginning of the outbreak and features some new characters (and a few familiar ones).