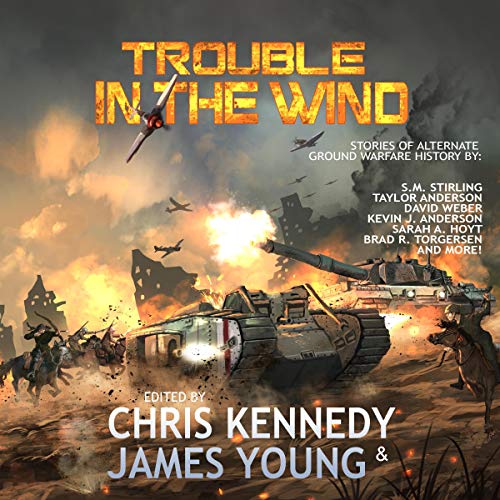 Trouble in the Wind

Trouble in the Wind

Throughout the human experience, historians have wondered “what if?”. What if Sherman had fought for the South in the US Civil War? What if Germany had fought to the end in World War I? What if World War III had actually happened?

Wonder no more, for these questions, along with many others, are answered in this audiobook.

The third book in the exciting Phases of Mars anthology series, there is something for everyone inside!

From fighting Hannibal at the Battle of Cannae, to the early death of Napoleon, to scouting the bush in Angola, Trouble in the Wind traces a history of ground warfare that wasn’t.

From the warfare in Taylor Anderson’s The Destroyermen series to S.M. Stirling’s Black Chamber, this book has it, so come aboard and find out “what if” all of these things had changed history...just a little. You’ll be glad you did!