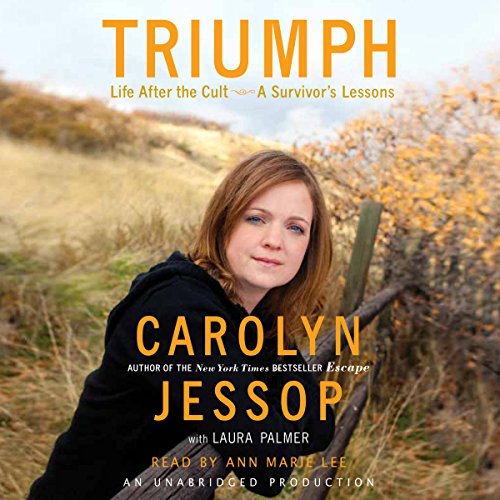 The author of The New York Times best seller Escape returns with a moving and inspirational tale of her life after she heroically fled the cult she'd been raised in, her hard-won new identity and happiness, and her determination to win justice for the crimes committed against her family.

In 2003, Carolyn Jessop, 35, a lifelong member of the extremist Mormon sect the Fundamentalist Church of Jesus Christ of Latter-Day Saints (FLDS), gathered up her eight children, including her profoundly disabled four-year-old son, and escaped in the middle of the night to freedom. Jessop detailed the story of her harrowing flight and the shocking conditions that sparked it in her 2007 memoir, Escape. Reveling in her newfound identity as a best-selling author, a devoted mom, and a loving companion to the wonderful man in her life, Jessop thought she had put her past firmly behind her.

Then, on April 3, 2008, it came roaring back. On that date, the state of Texas staged a surprise raid on the Yearning for Zion Ranch, a sprawling, 1,700-acre compound near Eldorado, Texas, to which the jailed FLDS prophet Warren Jeffs had relocated his sects most worthy members three years earlier.

The ranch was being run by Merril Jessop, Carolyn's ex-husband and one of the cult's most powerful leaders.

In Triumph, Jessop tells the real, and even more harrowing, story behind the raid and sets the public straight on much of the damaging misinformation that flooded the media in its aftermath. She recounts the setbacks (the tragic decision of the Supreme Court of Texas to allow the children in state custody to return to their parents) as well as the successes (the fact that evidence seized in the raid is the basis for the string of criminal trials of FLDS leaders that began in October 2009 and will continue throughout 2010), all while weaving in details of her own life since the publication of her first book.