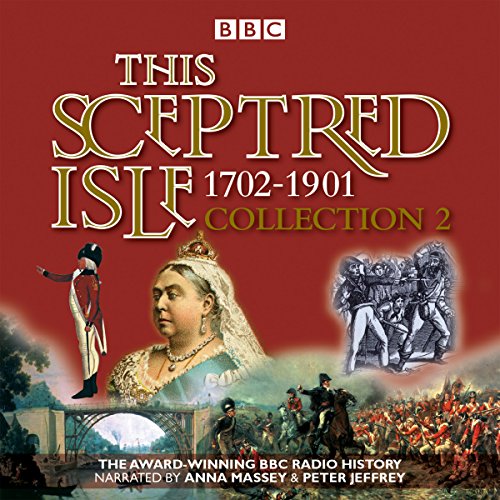 The final five volumes from the landmark BBC radio series This Sceptred Isle.

Christopher Lee's epic history tells the story of Britain from the Romans to the death of Victoria. This collection includes the original volumes 6-10:

Narrated by Anna Massey, with extracts from Sir Winston Churchill's A History of the English-Speaking Peoples read by Peter Jeffrey, this is the definitive radio account of the events and personalities that have shaped our nation.