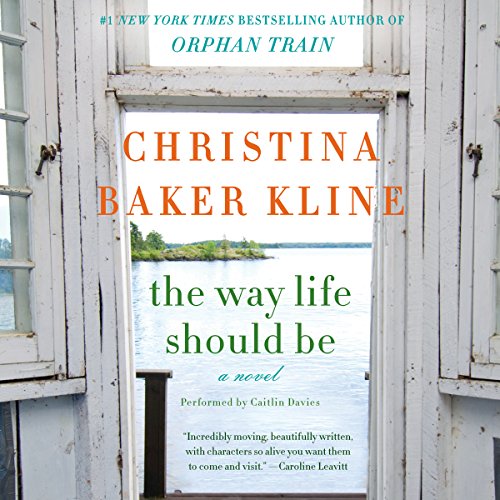 The Way Life Should Be

From the number-one New York Times best-selling author of Orphan Train comes a novel of love, risk, and self-discovery.

Angela can feel the clock ticking. She is single in New York City, stuck in a job she doesn't want and a life that seems to have somehow just happened. She inherited a flair for Italian cooking from her grandmother, but she never seems to have the time for it - these days her oven holds only sweaters. Tacked to her office bulletin board is a photo from a magazine of a tidy cottage on the coast of Maine - a charming reminder of a life that could be hers if she could only muster the courage to go after it.

On a hope and a chance, Angela decides to pack it all up and move to Maine, finding the nudge she needs in the dating profile of a handsome sailor who loves dogs and Italian food. But her new home isn't quite matching up with the fantasy. Far from everything familiar, Angela begins to rebuild her life from the ground up. Working at a local coffeehouse, she begins to discover the pleasures and secrets of her new small-town community and, in the process, realizes there’s really no such thing as the way life should be.

Das sagen andere Hörer zu The Way Life Should Be