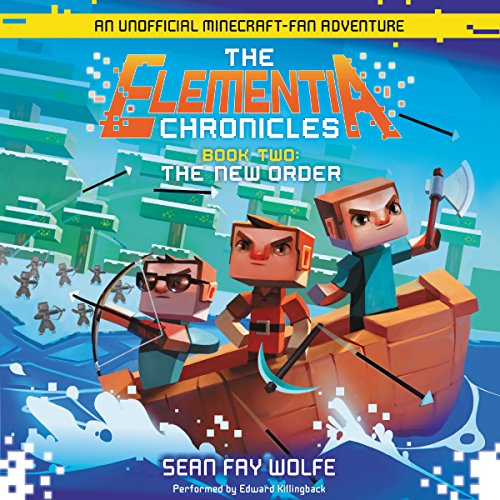 An unofficial Minecraft-fan adventure series inspired by the best-selling game!

Fans of the best-selling video game Minecraft, middle graders, and action-adventure story enthusiasts of all ages experience an exciting journey that will take them far beyond the world they know.

President Stan has led his people through an epic battle and brought peace to the Republic of Elementia. But dissent is rippling through the countryside. King Kev's loyal followers are still at large, and a new organization, the Noctem Alliance, is poised to strike terror throughout the land. With new threats on the horizon and citizens of the Republic dividing between two loyalties, Stan must decide the best way forward for his people and stop the Noctem Alliance before it destroys them all.

Disclaimer: This book is not authorized, sponsored, endorsed, or licensed by Mojang AB, Microsoft Corp., or any other person or entity owning or controlling any rights to the Minecraft name, trademarks, or copyrights. Minecraft is a registered trademark of Mojang Synergies AB.