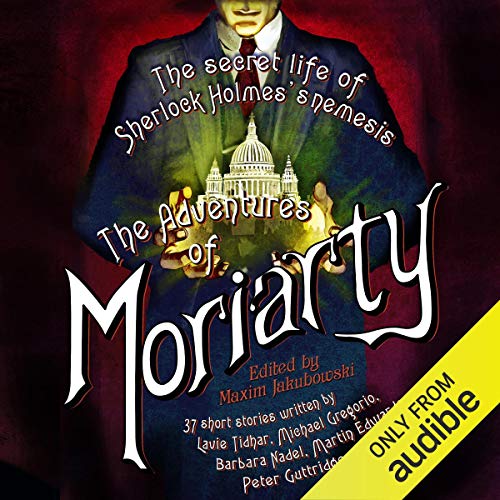 The Mammoth Book of the Adventures of Moriarty

The Mammoth Book of the Adventures of Moriarty

We think of Sherlock Holmes and Doctor Watson, but far more seductive is the pairing of Holmes and Professor James Moriarty, 'the Napoleon of crime' - a rivalry unparalleled in the world of crime fiction. Fiercely intelligent and a relentless schemer, Moriarty is the supervillain as megastar.

This wonderfully diverse collection by writers such as Martin Edwards, Jürgen Ehlers, Barbara Nadel, L. C. Tyler, Michael Gregorio, Alison Joseph and Peter Guttridge reveals not just the evil side of Moriarty's personality but his humanity, his motivations and his human failings. Some of the stories are humorous, some scary, but all are hugely entertaining.

Maxim Jakubowski is a London-based novelist and editor. He was born in the UK and educated in France. Following a career in book publishing, he opened the world-famous Murder One bookshop in London in 1988. He compiles two acclaimed annual series for the Mammoth list: Best New Erotica and Best British Crime. He is a winner of the Anthony and the Karel Awards, a frequent TV and radio broadcaster, crime columnist for the Guardian newspaper and literary director of London's Crime Scene Festival.