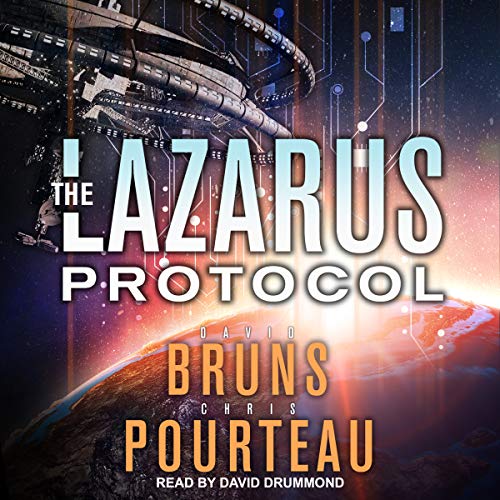 A dying planet. A secret plan. And the fate of humankind, hanging in the balance.

With a cataclysmic climate crisis on the horizon, Colonel William Graves, head of the US Disaster Mitigation Corps, has been ordered on a bold and highly classified mission.

Graves must help billionaire tech entrepreneur Anthony Taulke develop the Lazarus Protocol, a secret plan to geoengineer the Earth's atmosphere, and prevent disaster. Taulke's vision is to create a Manhattan Project for repairing the earth's air, and he quietly recruits four other family-owned conglomerates to take part in the project.

But as factions around the globe fight over dwindling resources, a mysterious climate death cult emerges with their own dangerous agenda.

With the balance of power shifting among powerful governments, secretive corporations, and radical cults, Colonel Graves and his allies face an impossible choice: Save the planet...or save themselves.

The Lazarus Protocol is the first book in the SynCorp Saga, a sci-fi thriller series filled with action, betrayal, and political intrigue, spanning generations into the future.