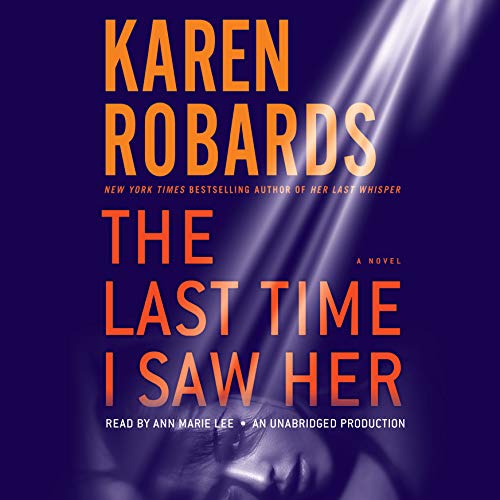 The Last Time I Saw Her

The Last Time I Saw Her

In the sizzling new novel from New York Times bestselling author Karen Robards, Dr. Charlie Stone must prove the innocence of a dangerously sexy condemned man, or lose her one chance at true love.

In this world, Dr. Charlotte "Charlie" Stone skillfully probes the twisted minds of incarcerated serial killers to better understand what makes them tick, and to help nab those who remain at large. But in the next world, Charlotte's ghostly lover - convicted killer Michael Garland - is facing death yet again. It seem the only way Charlie can snatch Michael from the jaws of oblivion is by proving his innocence. And this dead man's dead ringer may just be the key.

A mysterious stranger has turned up in Big Stone Gap, Virginia, and Charlie is shocked to realize he could be Michael Garland's identical twin. But she suspects the resemblance is only skin deep--and that behind the handsome face may lurk the perverse mind of a killer. While using all her keen profiling gifts, Charlie risks her life to discover the shocking secret that will clear Michael's name.

Then a breakout at Wallens Ridge State Prison forces Charlie to contend with a sudden swarm of psychopaths bent on spilling blood. No one has a better chance of tracking down the deadly fugitives than Charlie - unless the rampaging killers manage to find her first and make this case her last. But Michael will move heaven and hell - and even make a devil's bargain - for the chance to save Charlie's life, and feel her touch once more...if only for the final time.