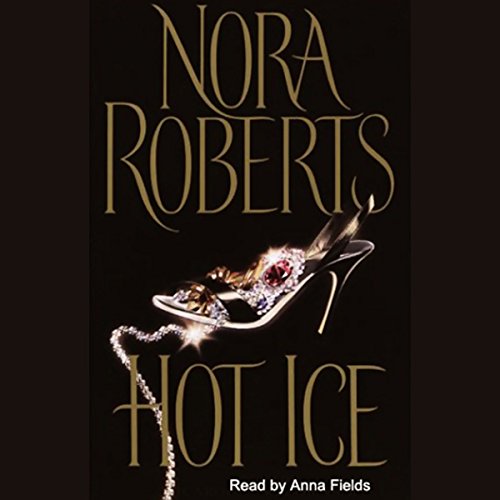 Rich, gorgeous Whitney MacAllister likes fast cars, vintage movies, and dangerous men. But even this jaded, high-living Manhattan socialite is taken by surprise when a stranger in black leather hijacks her Mercedes - just before the bullets start flying. International jewel thief Douglas Lord is used to living life on the run - part of the lure of his chosen profession is the thrill of the chase. But he has one iron-clad rule: he always works alone. Until now.

Wounded and in desperate need of cash for what could be the glittering crown of his dazzling career, Doug reluctantly accepts the wealthy, well-connected Whitney as his new partner in crime. With the papers screaming headlines about the missing New York heiress, and a gang of cunning criminals in hot pursuit, Doug and Whitney take off for the sultry wilds of Madagascar in search of a fabulous treasure dating back to the French Revolution.

For Whitney, what began as a high-speed adventure becomes a race between life and death as she tries to outmaneuver a pack of merciless killers who coolly eliminate anyone in their way. For Doug, who has been betrayed one time too many, it’s a chance to capture the elusive pot of gold and perhaps one final shot at redemption. For both of them, it’s an exotic quest for meaning - and a surrender to an irresistible passion worth any risk - as a deadly high-stakes game is played out to its terrifying conclusion, one that may have no winners or losers. Or survivors. With Hot Ice Nora Roberts reveals once again why she is the reigning master of sensually charged intrigue and high-voltage suspense.

"You can’t bottle wish fulfillment but Nora Roberts certainly knows how to put it on the page.” (New York Times)

“Roberts is indeed a word artist, painting her stories and her characters with vitality and verve.” (Los Angeles Daily News)