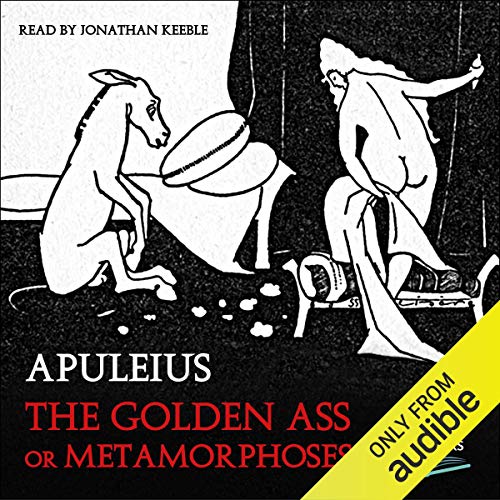 The Golden Ass or Metamorphoses

The Golden Ass or Metamorphoses

This tale of a man who, when tinkering with magic, becomes changed into an ass is one of the most entertaining and remarkable stories from classic Latin literature. It is funny, bawdy and completely approachable - but also shows life from the point of view of a beast of burden in the Roman Empire of the second century CE.

Lucius is an active young man enjoying life - and the favours of an attentive maid, one Fotis - when the temptation to experiment with a magic potion proves too great.

Life is very different as a four-footed animal, and he goes from one drama to another, in danger of his life at one point, facing seduction at another.

Within this account of these adventures, Apuleius (c124-c170 CE) places ribald stories which are more familiar through retellings by Boccaccio and Chaucer. But there are also passages of considerable literary beauty, particularly in the extended account of Cupid and Psyche.

The Golden Ass, in this lively performance by Jonathan Keeble, is a delight from start to finish.

Translation: Bohn (1853), revised for this production.