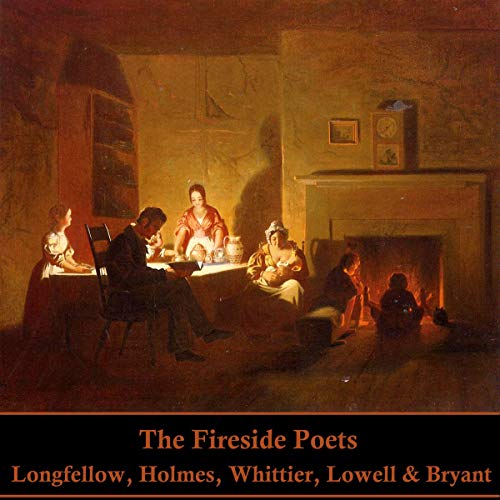 This group of 19th-century American poets was the first to rival their British counterparts in popularity.

Each of these poets lived long and productive lives ensuring the longevity of the movement into the early 20th century. Their activities in the academic world, newspapers, the diplomatic service and lecture tours ensured they were constantly in the public eye.

Their essential discipline was focused on domestic themes and morality. At the time one of the primary sources of entertainment for the family was to be gathered around the fireplace whilst poems were read.

The Fireside Poets did not write for the sake of other poets or critics or for posterity. Instead they wrote for a contemporary audience of general readers. They were mass communicators. Today the Fireside Poets, along with the equivalent British poets of Victorian times, is still regarded as essential verse.