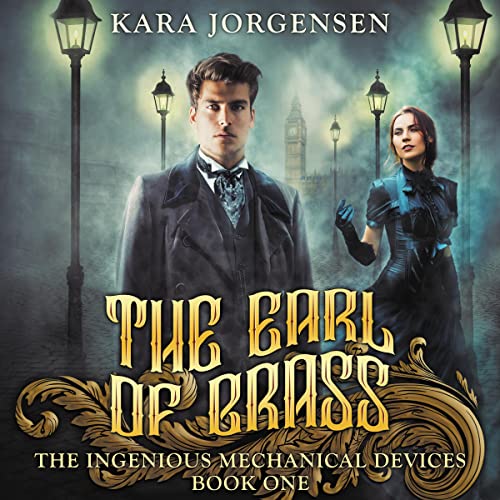 The Earl of Brass: Book One of the Ingenious Mechanical Devices

When Eilian Sorrell, a promising archaeologist and the eldest son of the earl of Dorset, loses his arm in a dirigible crash, he fears he will face a bleak future among London's aristocracy. On a quest for normalcy, Lord Sorrell commissions a prosthetic arm but finds the craftsman is not what he seems.

After the death of her brother, Hadley Fenice takes over his prosthesis business but knows it will be an uphill battle, as women are discouraged from doing men's work. In return for building Lord Sorrell an automaton arm, he offers her a chance at freedom by following him to the Negev Desert under the guise of a man.

But what lies beneath the desert is more precious than potshards or bones. As they venture deeper, they discover a society where the path of life is not governed by gain but by passion. When imperialistic invaders come in search of a new colony to pillage, Eilian and Hadley are forced to defend their fleeting glimpse of paradise.

Das sagen andere Hörer zu The Earl of Brass: Book One of the Ingenious Mechanical Devices