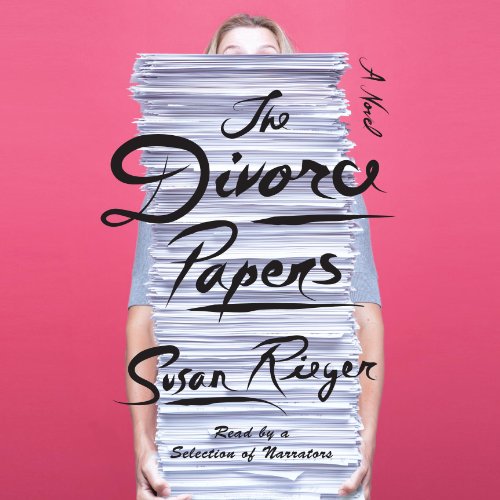 Witty and wonderful, sparkling and sophisticated, this debut romantic comedy brilliantly tells the story of one very messy, very high-profile divorce, and the endearingly cynical young lawyer dragooned into handling it.

Twenty-nine-year-old Sophie Diehl is happy toiling away as a criminal law associate at an old line New England firm where she very much appreciates that most of her clients are behind bars. Everyone at Traynor, Hand knows she abhors face-to-face contact, but one weekend, with all the big partners away, Sophie must handle the intake interview for the daughter of the firm's most important client.

After 18 years of marriage, Mayflower descendant Mia Meiklejohn Durkheim has just been served divorce papers in a humiliating scene at the popular local restaurant Golightly's. She is locked and loaded to fight her eminent and ambitious husband, Dr. Daniel Durkheim, chief of the Department of Pediatric Oncology, for custody of their 10-year-old daughter Jane - and she also burns to take him down a peg. Sophie warns Mia that she's never handled a divorce case before, but Mia can't be put off. As she so disarmingly puts it: It's her first divorce, too.

Debut novelist Susan Rieger doesn't leave a word out of place in this hilarious and expertly crafted debut that shines with the power and pleasure of storytelling. Told through personal correspondence, office memos, emails, articles, and legal papers, this playful reinvention of the epistolary form races along with humor and heartache, exploring the complicated family dynamic that results when marriage fails. For Sophie, the whole affair sparks a hard look at her own relationships - not only with her parents, but with colleagues, friends, lovers, and most importantly, herself. Much like Where'd You Go, Bernadette, The Divorce Papers will have you laughing aloud and thanking the literature gods for this incredible, fresh new voice in fiction.

"With a sharp take on the dissolution of a high-profile marriage, Rieger's hilarious debut is sure to be a must-read for the summer - if you can wait that long." (EW.com)
"Clever and funny.... Lovers of the epistolary style will find much to appreciate. Rieger's tone, textured structure, and lively voice make this debut a winner." ( Publishers Weekly)
"A brutally comic chronicle of high-end divorce....Extremely clever." ( Kirkus)