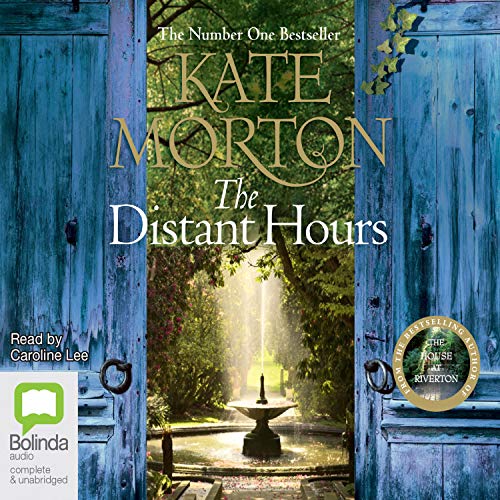 Edie Burchill and her mother have never been close, but when a long lost letter arrives with the return address of Milderhurst Castle, Kent, printed on its envelope, Edie begins to suspect that her mother’s emotional distance masks an old secret. Evacuated from London as a 13-year-old girl, Edie’s mother is chosen by the mysterious Juniper Blythe, and taken to live at Milderhurst Castle with the Blythe family.

Fifty years later, Edie too is drawn to Milderhurst and the eccentric Sisters Blythe. Old ladies now, the three still live together, the twins nursing Juniper, whose abandonment by her fiancé in 1941 plunged her into madness. Inside the decaying castle, Edie begins to unravel her mother’s past. But there are other secrets hidden in the stones of Milderhurst Castle, and Edie is about to learn more than she expected. The truth of what happened in the distant hours has been waiting a long time for someone to find it.

If you only listen to one book this year, than pick this one!

I would like to give this book and the reader 5 stars. Just listening to Caroline Lee is a pleasure in itself!
The story however is beautifully written and keeps you mesmerized from beginning to end: a lover who never came back to his fiancé, twins who a live in a slowly decaying castle and cannot leave, a younger sister who lost her mind, a father who wrote a bestseller that seems to haunt his family. This really is a fantastic book and I could not stop listening to it before it was over.

beatifully writting, enchanting story and an extra star for the reader...delightful