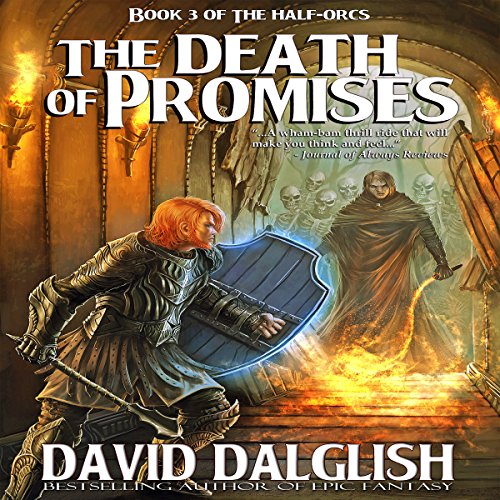 The Death of Promises

The Death of Promises

Fantasy author David Dalglish continues his series of the half-orc brothers, whose struggles have released demon fire across the land of Dezrel.

After a bloody conflict with his brother, Qurrah Tun flees west with his lover, the strange and powerful Tessanna.

He seeks a powerful tome known as Darakken's spellbook, guarded by paladins and priests of light. Qurrah hopes to cure Tessanna's madness, but his newly returned master, Velixar, has far greater plans for the tome.

Only Harruq Tun and his friends can stand against the darkness his brother has unleashed. Velixar wants the throne and the secret that it hides, and to do so he will lay siege to the great city of Veldaren.

The gods' final war has begun, and the blood is on Harruq's hands.