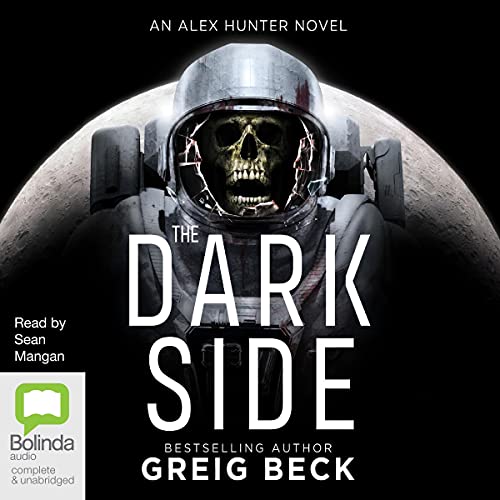 The Dark Side is the ninth instalment in the Alex Hunter series from best-selling author Greig Beck.

Hundreds of thousands of miles away on the dark side of the moon, the Russian lunar base has self-destructed - all personnel are dead, except one. Olga Sobakin, the lone survivor, seeks refuge at the rival American base.

Olga tells the Americans her base was attacked by a horrifying and nightmarish creature - the pattern was the same - people vanished, leaving nothing behind but shredded clothing and an unidentifiable waste product. The Americans are sceptical of her story at first, but then people begin to disappear....

Back on Earth, just before the American lunar base went completely dark, a single message is received - ‘Lifeform’. Intercepted whisperings from Russian intelligence indicate a deadly spreading attack and a rising global threat. Escalated to priority one, there’s only one team up for the task.

Alex Hunter and his elite group of HAWCs are on a rescue mission to the desolate and darkest unknown. Who, or what, awaits them on the dark side?