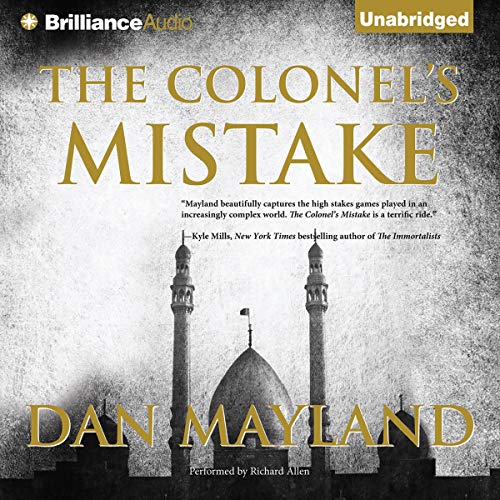 In Baku, Azerbaijan, CIA operations officer Daria Buckingham is arrested for a heinous crime. Her former boss, retired CIA station chief Mark Sava, is sure she’s innocent and tries to help her out - landing him in the middle of the new Great Game, an espionage war over oil that has China, Iran, and the United States clawing at each other’s throats. Back in Washington, DC, Colonel Henry Amato, assistant to the US national security advisor, is keeping a close watch on the situation. His stake in the Great Game is high - and personal.

The first novel of a globetrotting new thriller series, The Colonel’s Mistake takes listeners on an unforgettable ride into the shadows of the world’s most volatile region, where the good, the bad, and the brutal play a deadly chess game of global espionage.