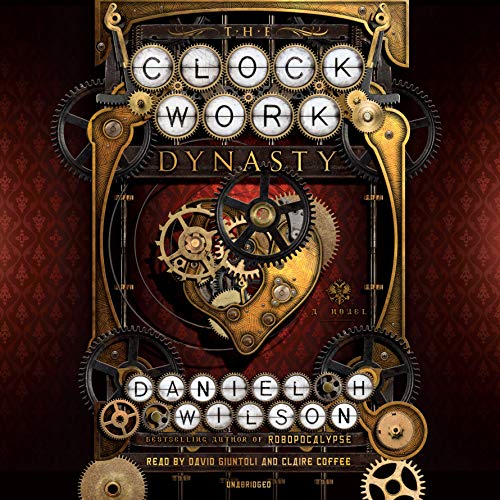 An epic, ingenious new thriller from the New York Times best-selling author of Robopocalypse, The Clockwork Dynasty weaves a riveting path through history and a race of humanlike machines that have been hiding among us for untold centuries.

In the rugged landscape of Eastern Oregon, a young scientist named June uncovers an exquisite artifact - a 300-year-old mechanical doll whose existence seems to validate her obsession with a harrowing story she was told by her grandfather many years earlier. The mechanical doll, June believes, is proof of a living race of automatons that walk undetected among us to this day. Ingeniously hidden inside the ancient doll is a lost message addressed to the court of Peter the Great, czar of Russia.

Russia, 1725: Peter and Elena, two humanlike mechanical beings, are brought to life under the watchful guise of Peter the Great. Their struggle to serve in the court of the czar while blending in and to survive amid those who fear and wish to annihilate them will take Peter and Elena across Russia, Europe, and, ultimately, the centuries, to the modern day.

The Clockwork Dynasty is Daniel H. Wilson's masterful new novel. It seamlessly interweaves past and present, exploring a race of beings that live by different principles from humans but ultimately value loyalty. As June learns more about these beings, she is quickly drawn into a fierce battle that has spanned the centuries and will ultimately determine the survival or extermination of this ancient race. Richly drawn and heart pounding, Wilson's novel expertly draws on his robotics and science background, combining exquisite characters with breathtaking technology - and unmatched action. The Clockwork Dynasty is a riveting breakout novel.

"Action-packed and uniquely imagined with robots - and history! - like you've never seen before, The Clockwork Dynasty is a thrilling ride from start to finish." (John Joseph Adams, series editor of Best American Science Fiction and Fantasy)