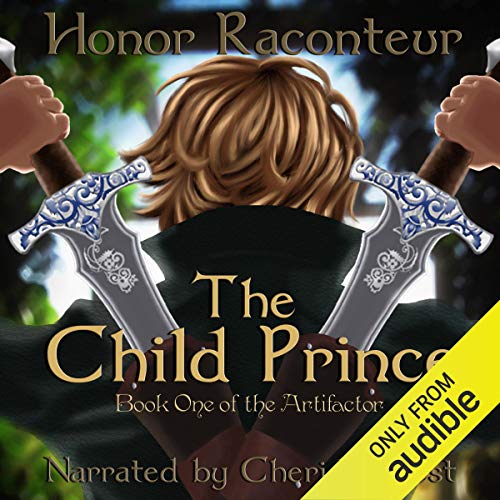 Sevana Warran, reigning prodigy Artifactor of the age, has absolutely no desire to selflessly serve her fellow man. She wants, in fact, to be left alone so that she can putter about in her workroom.

But her efforts in avoiding other people prove to be in vain. The reigning family of Windamere is no longer sitting upon the throne and the Council has instead taken power. The sole hope of avoiding the evil machinations of the Council is Bellomi Dragonmanovich, Prince of Windamere. As a 21-year-old cursed into the body of a perpetual eight-year-old, he lacks the power and ability to stop the Council.

Sevana, after a judicious review of the situation, decides that she cannot let things continue. If she did, she'd never be left alone and would instead be buried in paperwork if the Council has anything to say about it. So she kidnaps the prince from where he was locked away in the palace and sets about breaking his curse.

Prince and Artifactor quickly realize that simply breaking the curse won't be enough to free Windamere from the Council. It will take training, cunning, allies, information, and more than just a little magic if they are to reclaim the throne.