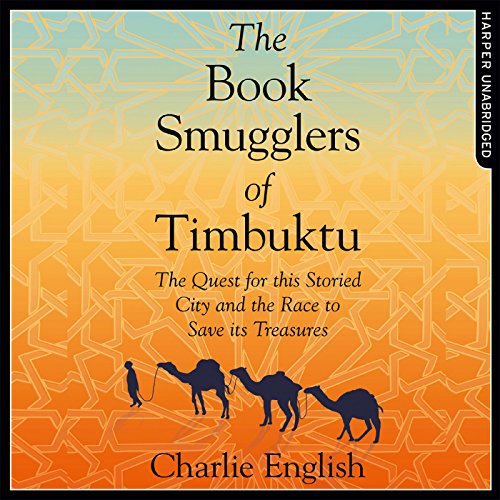 The Book Smugglers of Timbuktu

Two tales of a city: the historical race to reach one of the world's most mythologized places and the story of how a contemporary band of archivists and librarians, fighting to save its ancient manuscripts from destruction at the hands of al-Qaeda, added another layer to the legend.

To Westerners, the name Timbuktu long conjured a tantalising paradise, an African El Dorado where even the slaves wore gold. Beginning in the late 18th century, a series of explorers gripped by the fever for discovery tried repeatedly to reach the fabled city. But one expedition after another went disastrously awry, succumbing to attack, the climate, and disease.

Timbuktu was rich in another way, too. A medieval centre of learning, it was home to tens of thousands of ancient manuscripts on subjects ranging from religion to poetry, law to history, pharmacology and astronomy. When al-Qaeda-linked jihadists surged across Mali in 2012, threatening the existence of these precious documents, a remarkable thing happened: a team of librarians and archivists joined forces to spirit the manuscripts into hiding.

Relying on extensive research and firsthand reporting, Charlie English expertly twines these two suspenseful strands into a fascinating account of one of the planet's extraordinary places and the myths from which it has become inseparable.

" The Book Smugglers of Timbuktu is a lovely read. The dramatic present and past of Timbuktu are masterfully interwoven by Charlie English, who has a writer's pleasing prose style, a reporter's nose for the truth and a novelist's ear for narrative structure. Peopled by memorable real-life heroes and villains and with an epic rescue mission at its heart, English's book is a model of fine storytelling." (Jon Lee Anderson)
"In this riveting duel narrative of Timbuktu, juxtaposing Europe's audacious African explorers of yore with Mali's current culture-keepers heroically defending sacred manuscripts from jihadist occupiers, Charlie English manages to do a remarkable thing: he pulls back the veil of mystery that enshrouds the marvellous, dusty city - but only enhances its magic." (Dean King, author of the national best seller Skeletons on the Zahara)
"A finely written and many-sided account.... Charlie English deftly weaves together history, reportage, travelogue and memoir into a gentle, erudite and at times beautiful book." (Robert Macfarlane)
"A cracking read." ( Economist)
"An enchanting tale.... I was gripped." (Joanna Kavenna)

I've stumbled upon this title by pure accident and decided to give it try. It was an extremely fascinating and captivating listen. I highly recommend this audiobook.