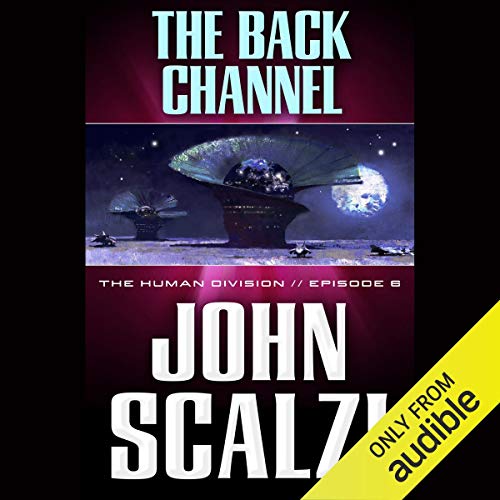 The Conclave is a confederation of 400 alien races - many of whom would like to see the Colonial Union - and the humans inside of it - blasted to extinction. To avoid a conflict that neither side can afford, Conclave leader General Tarsem Gau appoints Hafte Sorvalh to resolve an emerging diplomatic crisis with the humans, before the only acceptable solution is war.

"The Back Channel" is a tale from John Scalzi's The Human Division, a series of self-contained but interrelated short stories set in the Old Man's War universe.