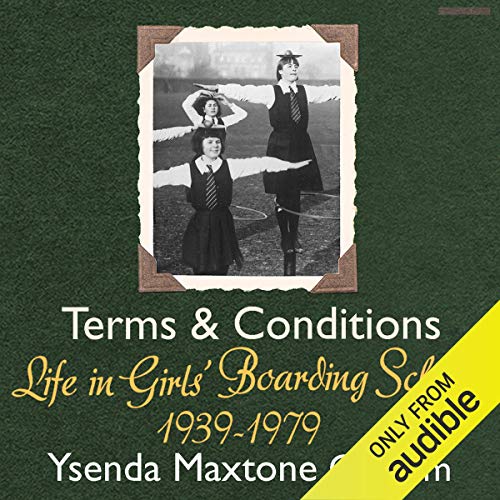 When I asked a group of girls who had been at Hatherop Castle in the 1960s whether the school had had a lab in those days they gave me a blank look. 'A laboratory?' I expanded, hoping to jog their memories. 'Oh that kind of lab!' one of them said. 'I thought you meant a Labrador.'

As we discover from Ysenda Maxtone Graham's quietly hilarious history of life in British girls' boarding schools between 1939 and 1979, this was a not untypical reaction. Today it's hard to grasp the casual carelessness and even hostility with which the middle and upper classes once approached the schooling of their daughters. Education, far from being regarded as something that would set a girl up for life, was seen as a handicap which could render her too unattractive for marriage, and, with some notable exceptions such as Cheltenham, schools went along with the idea.

While their brothers at Eton and Harrow were writing Latin verse and doing quadratic equations, girls were being allowed to give up any subject they found too difficult and were instead learning how to lay the table for lunch. Fathers tended to choose schools for arbitrary and often frankly frivolous reasons. Hatherop, for example, was popular with some because of its proximity to Cheltenham Racecourse. One girl's parents chose Heathfield 'because none of the girls had spots'. Not surprising, perhaps, that many of them left school without a single O-level.

Harsh matrons, freezing dormitories and appalling food predominated, but at some schools you could take your pony with you, and occasionally these eccentric establishments - closed now or reformed - imbued in their pupils a lifetime love of the arts and a real thirst for self-education.

In Terms and Conditions, Ysenda speaks to members of a lost tribe - boarding school women, now grandmothers and the backbone of the nation - who look back on their experiences with a mixture of horror and humour.