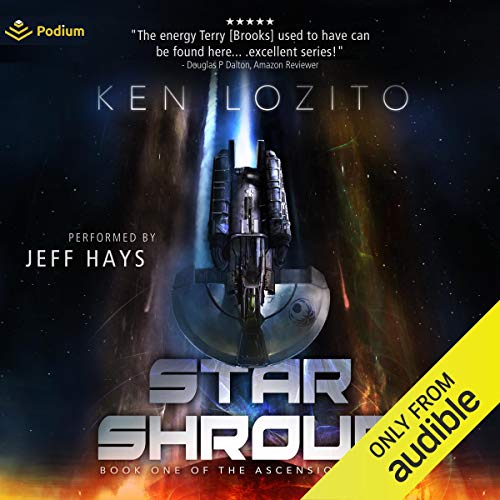 Humanity is about to learn it isn't alone.

Zack Quick has been on the move for 10 years, hacking big corporations and exposing their secrets. Then he stumbles upon one of the biggest discoveries that will forever change the world - and possibly get him killed.

Kaylan Farrow is the pilot for Earth's most advanced spaceship, whose maiden voyage is supposed to take her crew to Titan, but newly released images from a deep space probe threaten to cancel the mission.

Kept secret for 60 years, the discovery of an alien signal forces a NASA pilot and a computer hacker to team up to investigate an alien structure discovered in the farthest reaches of the solar system.

The Star Shroud is the first installment in an action-packed science fiction thriller series. If you like space opera adventure stories with clever heroes, impossible situations, and chilling discoveries, then strap yourself in; you're in for a fun, nonstop thrill ride.