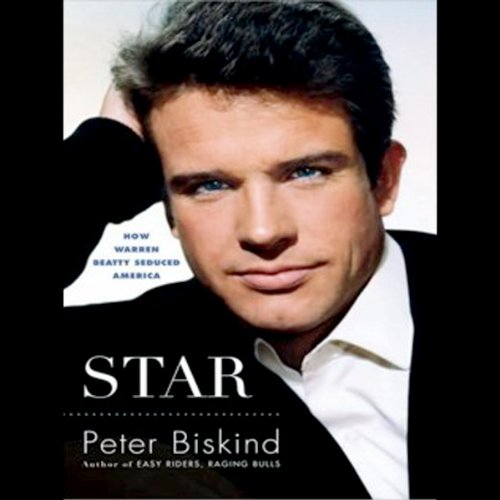 Famously a playboy, Warren Beatty has also been one of the most ambitious and successful stars in Hollywood. Several Beatty films have passed the test of time, from Bonnie and Clyde (which confirmed for him the importance of controlling the projects he was involved in) to Shampoo, Heaven Can Wait, Reds (for which he won the best director Oscar), Bugsy, and Bulworth.

Few filmgoers realize that along with Orson Welles, Beatty is the only person ever nominated for four Academy Awards for a single film - and unlike Welles, Beatty did it twice, with Heaven Can Wait and Reds. Peter Biskind shows how Beatty used star power, commercial success, savvy, and charm to bend Hollywood moguls to his will, establishing an unprecedented level of independence while still working within the studio system.

Beatty's private life has been the subject of gossip for decades, and Star confirms his status as Hollywood's leading man in the bedroom, describing his affairs with Joan Collins, Natalie Wood, Leslie Caron, Julie Christie, Michelle Phillips, Diane Keaton, and Madonna, among many others.

Throughout his career, Beatty has demonstrated a fascination for politics. He was influential in the 1984 and 1988 presidential campaigns of Gary Hart. It was said of Hart and Beatty that each wanted to be the other, and Biskind shows that there was considerable truth in that wry observation. As recently as a few years ago, Beatty was speaking out about California politics and contemplating a run for governor.

Biskind explains how Beatty exercised unique control, often hiring screenwriters out of his own pocket (and frequently collaborating with them), producing, directing, and acting in his own films, becoming an auteur before anyone in Hollywood knew what the word meant. He was arguably one of the most successful and creative figures in Hollywood during the second half of the 20th century, and in this fascinating biography, Warren Beatty comes to life - complete with excesses and achievement.