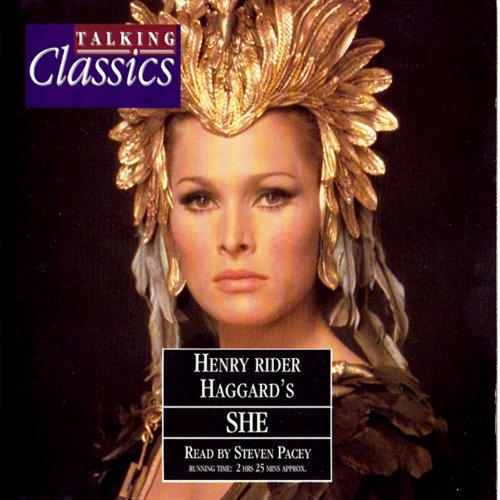 My empire is of the imagination. These are the words of Ayesha, the mysterious white queen of a Central African tribe, whose dread title, 'She-who-must-be-obeyed', testifies to her undying beauty and magical powers; but they serve equally well to describe the hold of her author, Henry Rider Haggard, on generations of readers. Writing 'at white heat', and in the flush of success after the publication of King Solomon's Mines, Haggard drew again on his knowledge of Africa and of ancient legends, but also on something deeper and more disturbing. To the Englishmen who journey through shipwreck, fever, and cannibals to her hidden realm, 'She' is the goal of a quest bequeathed to them two thousand years before; to Haggard's readers, 'She' is the embodiment of one of the most potent and ambivalent figures of Western mythology, a female who is both monstrous and desirable - and, without question, deadlier than the male.