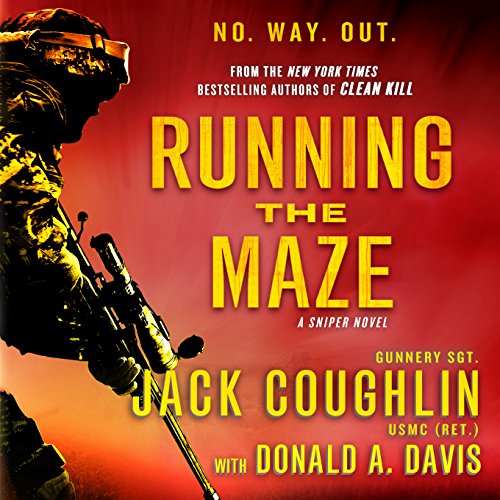 In the latest high-intensity thriller in the New York Times best-selling sniper series, Marine Gunnery Sergeant Kyle Swanson is sent into Pakistan, where an international team of medical workers has been executed in order to cover up a deadly terrorist secret.

In the aftermath of great floods, a doctor on a relief mission in Northeastern Pakistan discovers the remains of a collapsed bridge that reminds him of a bridge near his childhood home in Ohio. He snaps a cellphone picture and sends it to his sister just before his entire team is slaughtered. His sister is Beth Ledford, a Coast Guard sniper who suspects that the answer to the mystery of her brother's death is in that cellphone picture. No one believes her until she finds Swanson and the secret special operations team known as Task Force Trident.

When Kyle takes Beth into Pakistan to investigate, they find the true secret behind the mass murder - what may be the last, best hope of victory by al-Qaeda and the Taliban over allied forces. Now the two snipers have their sights set on one man, an American diplomat who has become the biggest obstacle to victory in the war on terror. The only question is: Which of them gets to pull the trigger?