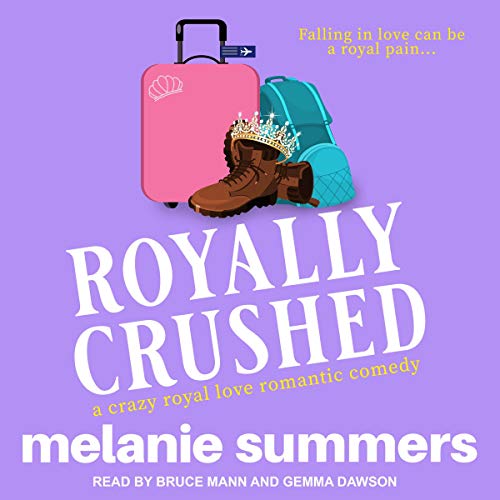 Princess Arabella of Avonia is bored out of her ever-loving mind. No 28-year-old wants to live an endless loop of high teas, state dinners, and the same five conversations. They want freedom and adventure. After a wild night out in Ibiza ends in disaster, the royal handlers have shortened her leash considerably. Desperate for an out, she sneakily signs up to cohost a new nature docu-series, starring Will Banks, the man dubbed "McHotty of the Wilderness".

Will has ladies all over the globe lining up to meet him until a hot new adventurer comes on the scene, and his ratings take a nosedive. Producers decide an emergency change in format is in order. Enter Princess Arabella. The pampered and proper royal is the perfect foil to Will's rugged outdoorsman.

It's hate at first sight, but their on-screen loathing makes for great television. Surprisingly, when the cameras stop rolling, these two finally see each other's good sides. Can these opposites find their forever in each other's arms, or will their differences be their undoing?

Dreadful narration of Will

Nice entertaining story. Gemma Dawson’s narration was enjoyable but I could hardly stand Will‘s chapters. Never heard a more irritating accentuation and variation of pitching of voice or none of that in fact. I didn’t like Arthur‘s narration in the previous books, especially when he imitated women’s voices but he was endurable compared to Will‘s.