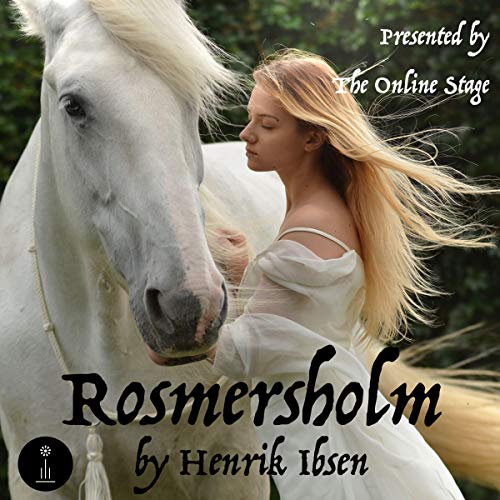 Presented by the Online Stage

Rosmersholm is a play surrounding the deep and intense political and cultural change in Norway in the middle of the 1880s, a period during which the traditional ruling class were forced to relinquish their right to impose their ideals on the rest of society. We follow Johannes Rosmer, a pastor who has resigned from his position; Rebecca West, a woman who sees Rosmer's potential and believes she can help him to realize his dream of creating a world of "happy, noble people"; and Headmaster Kroll, Rosmer's former best friend, who takes it upon himself to deliver some home truths to the other two. Rosmer's view of life is seriously challenged by his interactions with Rebecca, which lead to a shattering conclusion.

This production is part of a project by The Online Stage to record all 26 plays by Ibsen.