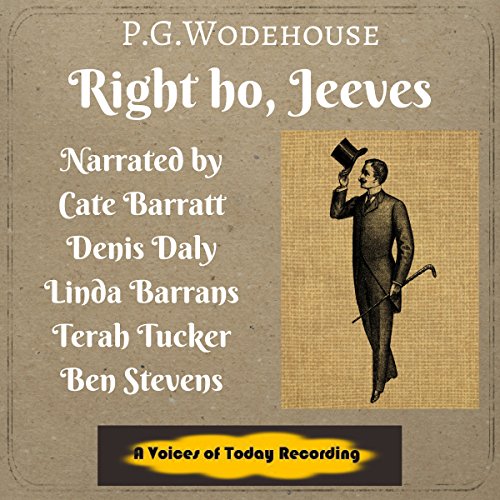 Sir Pelham Grenville Wodehouse (aka PG Wodehouse) wrote in excess of 90 books, 40 plays, and 200 short stories between 1902 and 1974 and is widely regarded as one of the greatest humorists of the 20th century. Right Ho, Jeeves! is his second in a series of books written about a luckless young British millionaire named Bertram Wooster and his sharp valet, Jeeves. The comic genius of the book was recognized in a 2009 Internet poll, when it was voted the number one best comic book by an English writer.

Bertram makes his way to Brinkley Court in an effort to save cousin Angela's relationship with Tuppy Glossop, coax a betrothal out of his good friend Gussie Fink-Nottle with Madeline Bassett, and help his dear Aunt Dahlia secure desperately needed funds for her magazine. In what will become typical Wooster style, all his well-laid plans go awry, and the inimitable Jeeves is called upon to save the day.