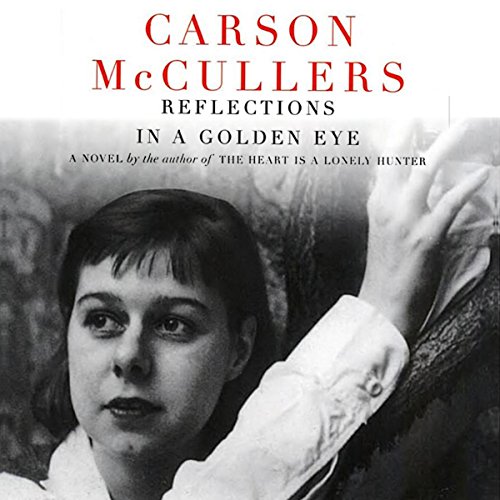 Reflections in a Golden Eye

Set on a Southern army base in the 1930s, Reflections in a Golden Eye tells the story of Captain Penderton, a bisexual whose life is upset by the arrival of Major Langdon, a charming womanizer who has an affair with Penderton's tempestuous and flirtatious wife, Leonora. Upon the novel's publication in 1941, reviewers were unsure of what to make of its relatively scandalous subject matter. But a critic for Time Magazine wrote, "In almost any hands, such material would yield a rank fruitcake of mere arty melodrama. But Carson McCullers tells her tale with simplicity, insight, and a rare gift of phrase." Written during a time when McCullers's own marriage to Reeves was on the brink of collapse, her second novel deals with her trademark themes of alienation and unfulfilled loves.

“The greatest prose writer that the South produced” (Tennessee Williams)
"Again [McCullers] shows a sort of subterranean and ageless instinct for probing the hidden in men’s hearts and minds.” (The New York Herald-Tribune)
"The novel is a masterpiece . . . as mature and finished as Henry James's The Turn of the Screw." (Time Magazine)