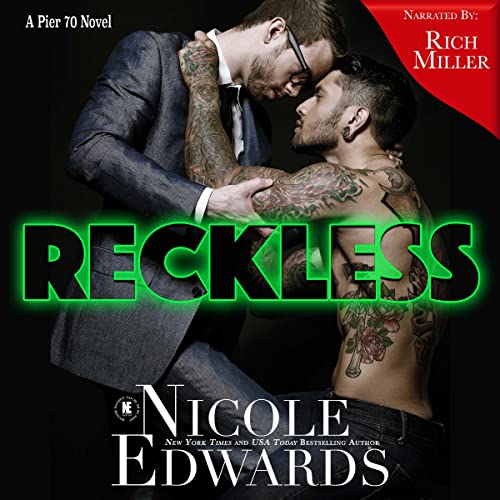 Cam Strickland, one of the four owners of Pier 70 Marina, has earned the nickname his friends gave him years ago. Reckless. Sure. By definition. When it comes to fun, Cam hasn’t yet met a challenge he wouldn’t accept. In other areas, he’s likely far too cautious for his own good.

He’s his complete opposite....

Gannon Burgess, CEO of Burgess Entertainment, one of the top video game producers in the world, finds himself smack in the middle of the last place he would ever expect to be. But Gannon only thinks he is out of his element standing in the small marina office. Then...he meets Cam.

Sparks fly when this sexy, tattooed bad boy comes face to face with this buttoned-up gamer in glasses.

Can Cam and Gannon push one another out of their comfort zones? Or - thanks to the events that have shaped their lives - will the time they spend together prove to be just another reckless adventure? This one involving their hearts.