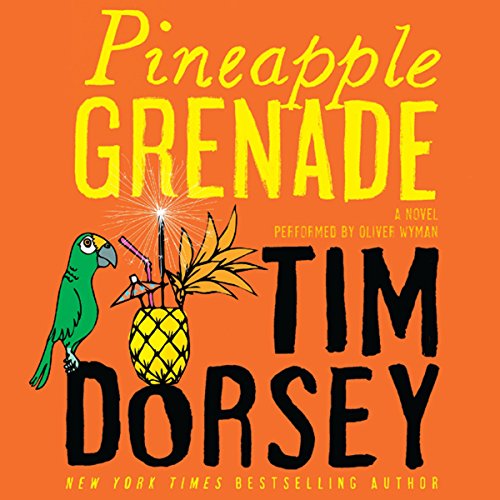 Miami has always set the weirdness bar, but Serge Storms is back in action and ready to pole vault over it.

First, there's the media frenzy over the “Hollow Man”, a gutless corpse found on the beach. And yet people think it’s perfectly normal to find dead sharks in the middle of downtown boulevards - or to spot black mushroom clouds behind the airport. Then there are the roving bands of carjackers who suddenly find themselves inconvenienced. Not to mention people lurking outside sex-addiction meetings.

Could this be the work of Serge, that eccentric trivialista and one-man vigilante? And why is he extensively photographing foreign consulates right before the critically important Summit of the Americas comes to town? Does it have something to do with Serge’s declaration to tell his ever-stoned sidekick, Coleman, that he’s decided to become a spy? Of course he’s not working for anyone yet, so Serge is content to just spy for himself until he shows up on radar and his talents are appreciated. His ace in the hole? Serge’s newly revamped Secret Master Plan! His spider senses tell him something big is about to go down in Miami, and it just might involve the recently reactivated CIA cell operating in the same historic building that plotted the overthrow of Fidel Castro.

The intelligence community isn't amused, and they want answers:

How did Serge and Coleman get so cozy with the president of a banana republic?

Who is the femme fatale with a heart of gold - and national pride?

Why is the congressman in favor of the latest oil spill?

When did everyone in the city forget how to drive?

And what about the Most Laid Man in Miami?

Meanwhile, a mysterious international man of intrigue is shipping military arms around the clock, in competition with clandestine flights of souvenirs, causing the office of Homeland Security to take measures against people who aren’t scared enough. The crossfire of chaos continues to escalate as Serge plays Extreme Dominos in Little Havana, hurtling everyone toward a fateful climax that seems destined for the hemispheric summit jamboree on the shores of Biscayne Bay.

So put on your favorite pink flamingo shirt, hit the dunes of South Beach, and find all the answers in... Pineapple Grenade!