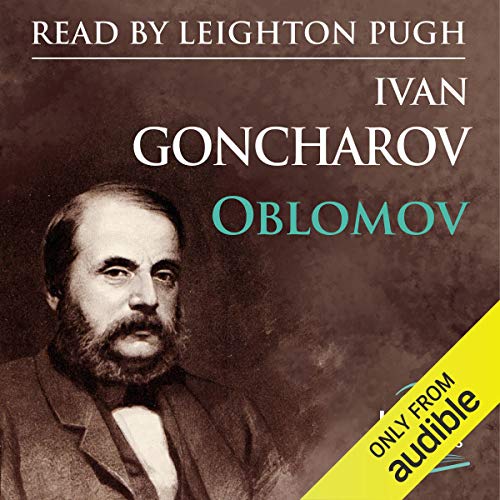 Oblomov is one of the most distinctive characters in Russian literature - within a short time following its publication in 1859, the novel spawned its own saying: ‘Oblomovism’! From the pen of Ivan Goncharov (1812-1891) emerged a portrait of a young man, Ilya Ilyitch Oblomov, who represented a figure well known in prerevolutionary Russia at the time - one of the idle rich.

A member of the landed gentry, with a seemingly guaranteed income from his estate in the country, Oblomov lives in Petersburg, uninterested in the business that provides his living and barely aware that the revenue is diminishing. Not that he leads a dissolute life of extravagance, balls and entertainment. Instead he is a dreamer, a sybarite, content above all to spend most of the day supine, in bed.

The novel opens with Oblomov thus ensconced, attended only by his dirty, grumbling, indolent servant Zahar, who has looked after him since childhood, catering to his every need. From time to time, Oblomov is visited by friends, some of whom see him only as a bottomless financial source, though others, like the energetic Andrey Stolz, try genuinely to encourage him to shake off the spell of lassitude.

There is a sudden period of success as the young and attractive Olga enters the story, drawing Oblomov from his cocoon, but will it last?

This is Goncharov’s masterpiece - skilled and imaginative literature; and it puts him unquestionably beside the major figures of Gogol, Tolstoy, Dostoyevsky and Turgenev, even if it is really the one work by which he is remembered.

Natalie Doddington’s unabridged translation, used here, was the first in English and is fluent and nuanced, reflecting the gem of the original and remains highly respected. This sympathetic and characterful reading by Leighton Pugh is the first unabridged recording in English.