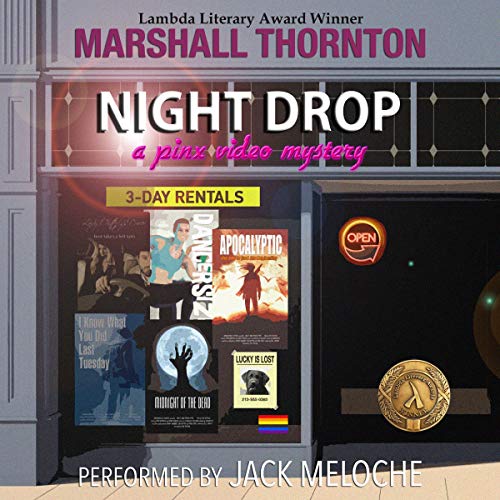 Noah Valentine, the owner of Pinx Video in Silver Lake, notices the fires have taken their toll on fellow shopkeeper Guy Peterson's camera shop. After the riots end, he decides to stop by Guy’s to pick up his overdue videos, only to find Guy’s family dividing up his belongings. He died in the camera store fire, or did he?

Noah and his charmingly meddlesome downstairs neighbors begin to suspect something else might have happened to Guy Peterson. Something truly sinister.

The first in a new series from Lambda Award-winner Marshall Thornton, Night Drop strikes a lighter tone than the Boystown Mysteries, while bringing Silver Lake of the early 1990s to life.