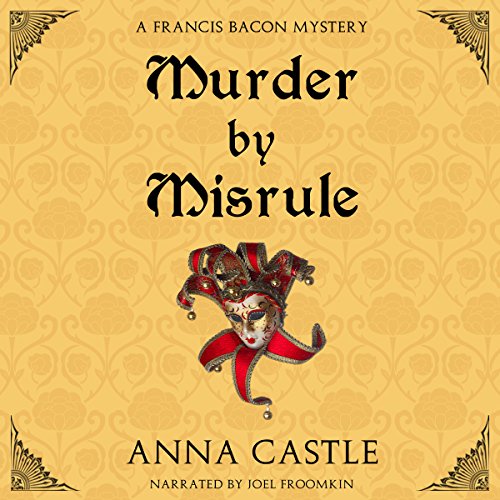 Francis Bacon is charged with investigating the murder of a fellow barrister at Gray's Inn. He recruits his unwanted protégé Thomas Clarady to do the tiresome legwork. The son of a privateer, Clarady will do anything to climb the Elizabethan social ladder.

Bacon's powerful uncle, Lord Burghley, suspects Catholic conspirators of the crime, but other motives quickly emerge. Rival barristers contend for the murdered man's legal honors and wealthy clients. Highly-placed courtiers are implicated as the investigation reaches from Whitehall to the London streets.

Bacon does the thinking; Clarady does the fencing. Everyone has something up his pinked and padded sleeve. Even the brilliant Francis Bacon is at a loss - and in danger - until he sees through the disguises of the season of Misrule.