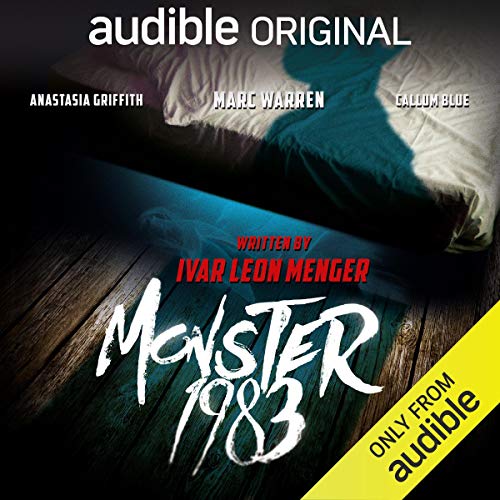 Drawing influences from Poltergeist, Stand By Me and E.T. and other Spielberg classics, the story unfolds in the small coastal town of Harmony Bay, Oregon. Still reeling from a sudden and profound family tragedy, Sheriff Cody uproots his elder son Michael, and younger daughter Amy, from the chaos of Orlando to begin a new, more relaxed life in the Beaver State. Soon after their arrival however, this new-found tranquillity is disturbed by a succession of brutal but mysterious deaths. As the plot twists and turns its way through small-town secrecy, psychiatry wards and the supernatural, Cody comes under increasing pressure to solve each new case whilst keeping his family safe from harm.

Ivar Leon Menger, author of Monster 1983, said: 'Having been raised on Spielberg, King and Kubrick I can't remember a time in my life when I wasn't watching some kind of horror, sci-fi or psychological thriller. I think the legacy of 70s and 80s horror cinema runs quite strongly through Monster 1983, and that's part of the reason I decided to create an audio-only story, it emphasises both the nostalgia and suspense for listeners.'

Steve Carsey, Director of Original Programming at Audible, said: 'After the enormous success of Alien, Out of the Shadows we knew there was a huge appetite for compelling sci-fi audio fiction. Ivar's stories have been immensely successful in Germany so we're really excited to introduce his work to UK listeners.'

Monster 1983 is a Wireless Theatre production for Audible Studios. Written by Ivar Leon Menger, translated by Guy Meredith and directed by Cherry Cookson with music scoring by Ynie Ray.

I thoroughly enjoyed this 1980s horror trip and will definitely listen to Season 2 as well. The story is definitely clichéd, but if you don't take it too seriously, it is great fun.

It was really fun. At the beginning a bit slow - but just to lure you into the trap. And then you're hooked. The only downside is that the sequels never made it to an English audiobook- was just released in German and I prefer the English voice actors by far more.