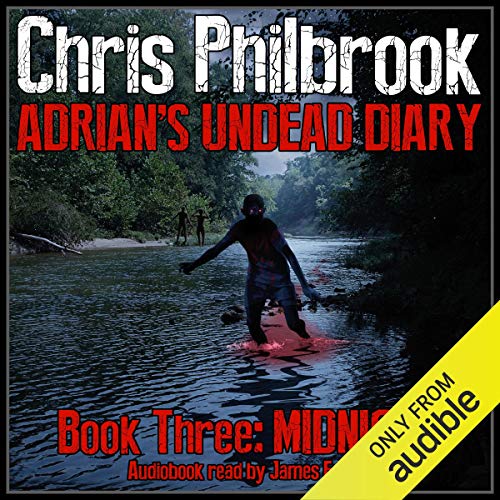 The third volume of the number one rated horror series is here at long last.

Tap tap tap went the zombie on the bridge. Things are getting stranger and stranger for Adrian Ring, and far more dangerous. It wasn't enough for the people of Westfield to follow Abby and her family home on Christmas Eve and try to kill them. Now they're back for more. In Midnight, the third installment in the smash hit Adrian's Undead Diary series, the threats to Adrian and his new friends are greater than ever before. Local survivors holed up in an empty factory led by the chief of police are now crossing paths with Adrian and the Williams clan. Meanwhile Sean, the bloodthirsty tyrant from Westfield, seethes for vengeance after Adrian fends off attack after attack to take ALPA and everything he's worked so hard for. If they can't get at Adrian, how long will it be before they go after the ones near him? Who can Adrian trust when everyone is out for themselves? Now, at Midnight the darkest revelation of all comes: why. Why have the dead returned? Why are they killing the living? Why do the living only dream of the dead? What has humanity done to deserve such a fate, and what role does Adrian play in this great game?