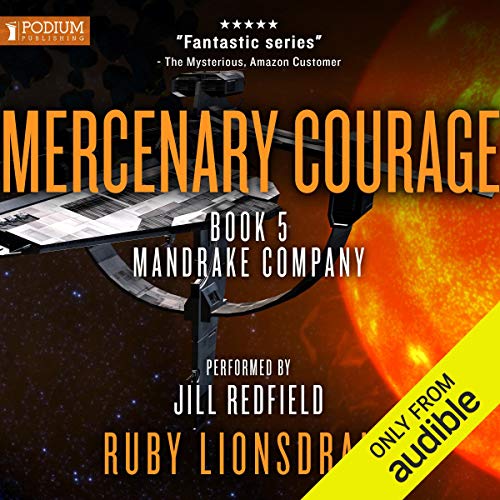 After a grueling battle that cost him dearly, mercenary captain Viktor Mandrake wants nothing more than to get his ship repaired, let his men have leave, and spend time relaxing with Ankari. Entrepreneur, schemer, and leaser of his company's one and only pink shuttlecraft, she has become the woman he loves and wants to keep at his side.

But as soon as Viktor sets foot on the space station Midway Five, it becomes clear that the Galactic Conglomeration Fleet wants him arrested for past grievances. As a mercenary, confronting the Fleet isn't wise (it's not wise for anyone else, either). Normally, Viktor would collect his people and depart, but a mysterious disease has resulted in a quarantine, leaving him stuck on the station with no access to his ship or his crew. Fortunately, he has Ankari with him, but unfortunately, Ankari's family has been pointing out all of the reasons why she shouldn't be flying around on a mercenary vessel. And he's not certain they're wrong.

If Viktor and Ankari can't find a way off the station before the Fleet ships arrive, Viktor may never escape. Worse, no matter what happens, he risks losing Ankari forever.