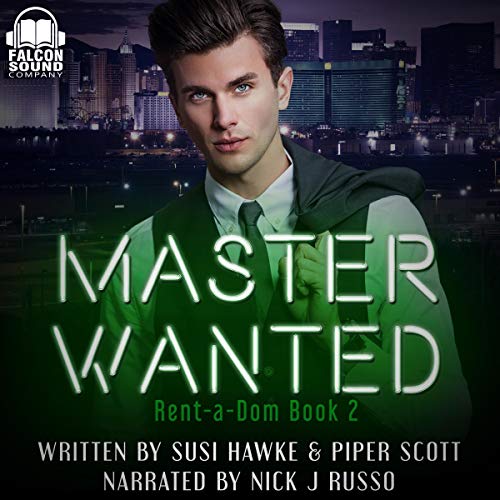 Troy Sullivan is the current owner of The Palisade, one of the most popular casinos on the Las Vegas Strip. With more money in the bank than he could spend in a lifetime and surrounded by yes-men more interested in staying in his good graces than helping him improve his business, Troy craves what he can’t have - someone to tell him “no”. When he discovers Rent-a-Dom, he’s convinced he’s found his solution: a master decades his junior who specializes in financial domination and who won’t so much as let Troy see his face.

For the last year and a half, Robin has dominated Troy from across the country, denying him every chance he gets. But when a betrayal at the executive level leaves Troy blindsided and in need of a strong hand, Robin is faced with a tantalizing choice: Let his submissive crash and burn or step in and stake a claim on the world he thought he’d left behind.

This MM audiobook contains mpreg, D/S elements, and is intended for listeners 18 years and older. Warning: Don't listen unless you like fun books with snarky, headstrong omega Doms; naughty, lacy things in all the right places; alphas who know exactly what they want and aren’t afraid to admit it; and scenes so hot, they won’t only melt your device, they’ll burn down your house. But then again, this is a Susi Hawke and Piper Scott collaboration - you already knew to expect that, didn’t you?