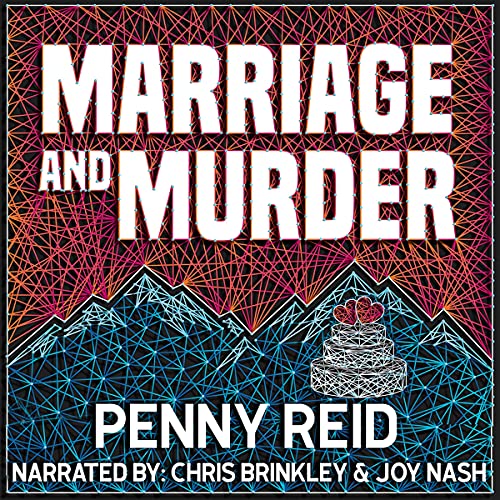 The devil is in the details....

Cletus Byron Winston wishes to marry Jennifer Anne Donner-Sylvester (aka The Banana Cake Queen) posthaste! He’s spent the last year wanting nothing more than for the celebrations to be brief, libations flowing, and BYOB (bring your own blueberries). His future mother-in-law has other plans - plans his intended has been willing to indulge, much to Cletus’s chagrin. Therefore, so must he. To a point. But truth be told, he wouldn’t mind if the meddlesome matriarch disappeared, at least until the nuptials are over.

On the night of Cletus and Jenn’s long-awaited engagement party, just when the surly schemer is of a mind to take matters into his own hands, a shocking event upends everyone’s best-laid plans and sends the small hamlet of Green Valley into complete disarray. The final months leading up to Cletus and Jenn’s matrimonial bliss are plagued with chaos and uncertainty. Will Cletus and Jenn finally make it to the altar? Or will murder and mayhem derail their happily-ever-after? And most importantly, who done it?

Story was everything you’d expect from Cletus and Jennifer. Penny Reid continues doing a great job with the quirky characters, mad-cap adventure and tongue-in-cheek humor. To fully appreciate the story and characters it’s best read after the Winston brothers and Knitting in the city series.
Chris Brinkley and Joy Nash are so fantastic as narrators that it’s worth just getting the audio version.