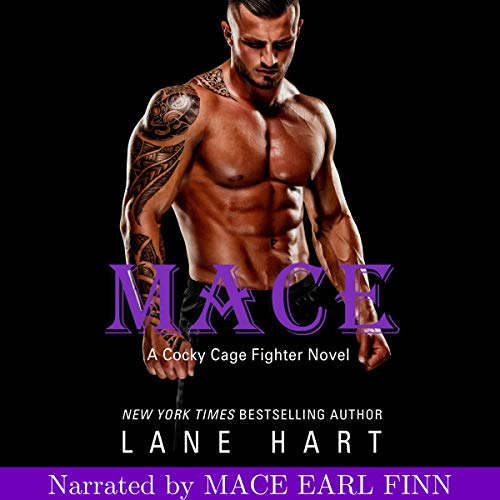 I fell for Hailey the moment I laid eyes on her, before I knew about the three King Kong-sized battles I would have to fight to be with her. By the time Linc warned me that his gorgeous sister with legs a mile long was off limits and “emotionally fragile”, it was too late. There was no turning back.

Then there’s my friend Senn, who had a one-night stand with Hailey. He’s trying his best to get a repeat performance during the week of Claire and Linc’s wedding. Sorry, buddy, bros might come before hoes, but they don’t come before sweet Southern belles.

And last but not least, the IFC insists that if I want a million-dollar contract and a championship title fight then I need to keep up my playboy image to fuel all the female fans' filthy fantasies.

But for Hailey, I’ll do whatever it takes to make her mine.

Smooth talkin’, sexier than sin, Mason Reed came out of nowhere and stole my heart, despite his inappropriate obsession with my panties. I’m not supposed to fall for the “little” brother of my soon to be sister-in-law, or be fantasizin' about lickin’ every inch of his tattoos the week of her and Linc’s wedding.

Mason’s seven years younger than me and infamous for his so called “harem”. His fight intro song is actually a tribute to his magical...well, it rhymes with rock. Not only will he likely end up hurtin’ me, but he’s also...rock blockin' Senn, my former hot fling.

After I find out just how close Mason is to landin’ a huge IFC contract if he keeps performin' his magic tricks for all the ladies, I refuse to let him give it all up for me. I had no idea how much I would miss him or how much it would hurt when I finally succeeded in pushin' him away.

Of all the books in this series so far, I found these two the most likeable ones. The characters come to life as they jump off the page and paint bright, vivid head movies in your mind. Loved the story from start to finish!