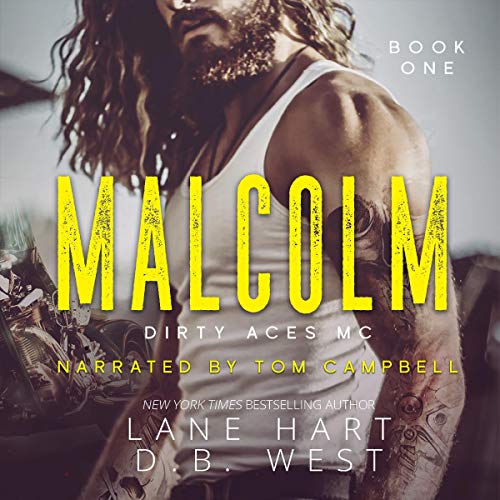 While Malcolm Hyde may look like your very own personal Jesus, he’s anything but a saint. Covered in tattoos and leather, he’s a smoking-hot biker and nothing but trouble.

As the president of the Dirty Aces MC, Malcolm is known for being cold and calculating. One bad decision - getting into business with the wrong person - is all it takes to bring down the entire MC. It’s happened before to his predecessor, which is why Malcolm refuses to let it happen again on his watch. He doesn’t trust anyone except for the few men who wear the same ace of spades patch on their back.

And that’s exactly why he doesn’t ever take his eyes off of me - the new girl. I never intended to make an enemy out of Malcolm or the MC when I was sent to steal everything I could from them.

After Malcolm finds out what I’ve been doing, he’s furious and shows no mercy until I spill all of my secrets, ones that could very well end my life. That’s when he makes me a surprising offer - he’s willing to take care of all of my problems, and the only thing he’s asking for in return is for me to completely surrender myself to him.

Spending two weeks in bed with a bad-boy biker sounds more like a reward than a punishment.

There’s just one little catch - once he claims my body, there’s no guarantee he won’t steal my heart, too.